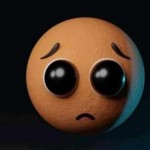 Famous American novelist and educator Joline Godfrey once stated that “all work and no play doesn’t simply make Jill and Jack dull; it destroys the possibility of discovery, mastery, and openness to change and flexibility, and it limits creativity and creation.”

It is not feasible to find an argument that may refute the validity of this assertion, especially in regard to the education of young children. Although it is essential for children to get intellectual education in the classroom, it is possible that the influence of their learning and general development will be severely constrained if they are only allowed to use their classrooms for intellectual activities.

Children need to take breaks from their lessons on a regular basis in order to regain their energy, and this can only be accomplished if they participate in additional activities outside of school that are of a voluntary and social character. According to a number of studies, participation in extracurricular activities reduces the likelihood of students committing criminal acts, ensures a reduction in anti-social behaviours, helps build teamwork and problem-solving skills, develops social relationships, and achieves a higher level of knowledge retention and superior academic performance.

Children who take part in extracurricular activities outside of the classroom not only have the opportunity to refresh their minds in this way, but they also broaden their horizons in terms of the kinds of interests they can pursue and the kinds of skills they can acquire, both of which could be of great use to them later in life.

“The proper step for today’s youngster is being provided the greatest possible education and training as a platform to a future of excellence,” said High Chief Dr. (Mrs.) Winifred Awosika OON, who was the founder of the institution. The goal of the school is to cultivate well-rounded students, and one way to do this is by enabling and encouraging students to take part in extracurricular activities. The psychomotor domain of learning is an essential aspect of the learning process.

For instance, the institution hosts an event known as the Foundation Stage Spelling Bee, which is a competition reserved just for the school’s nursery students. During the event, the participants are tasked with correctly spelling a number of words, often of different degrees of difficulty. The competition is being held to encourage students to learn standardised spelling and to hone their command of the English language. The tournament will also serve to sharpen students’ grasp of the English language. The students exhibit their level of comprehension of the material they have been taught in their respective classrooms by doing so.

In addition, the school offers extracurricular activities and clubs in gymnastics, dance, theatre, and cultural studies, as well as extracurricular organisations such as the Boys’ Scouts, Girls’ Guides, and the Red Cross. In addition to that, it provides spaces for playing board games. In addition, the school offers a variety of groups that are oriented on certain subjects, such as the Jets Club, the Press and Literary Club, the Geographical Society, the Arts Club, and the ICT Clun. In addition to their academic pursuits, they provide students opportunities to engage in social contact in a setting that is less stressful and put more of an emphasis on the instructional parts of the programme.

Students at Chrisland Schools are strongly encouraged to take part in a variety of extracurricular activities, including football, basketball, volleyball, athletics, tennis, cricket, chess, handball, gymnastics, and swimming. Chrisland Schools places a significant emphasis on sports as part of its extracurricular package. Both the Chrisland Soccer Fiesta, an annual football competition between secondary schools in the group, and the Chrisland Intra-school Volleyball Competition are organised by the school. These events are held in order to foster a spirit of healthy competition, friendship, and sportsmanship among the student body.

Additionally, a major sports competition known as the Chrisland Inter-house Competition is conducted yearly among the organization’s elementary and secondary schools, which are dispersed around the nation in six different sites. In addition to this, it registers kids to participate in intercollegiate games amongst private secondary schools in the state of Lagos. Through these competitions, the students have achieved success in swimming and volleyball.

Another extracurricular activity is the Annual Color Day, which strives to educate students in Foundation Stage classrooms (also known as Nursery courses) throughout all of the Chrisland Schools about the aesthetics, the symbolic nature, and the practical applications of colour in our daily lives. In order for children to be able to fully appreciate the variety of colours and the creativity that goes into choosing them, various educational sessions are run to teach them about the cryptic meanings of colours as well as the messages that are carried and symbolised by each colour in an encrypted form.

It is expected of educators that they will not only concentrate on producing intellectually gifted and brilliant students but also on developing students who are socially active and responsible and on helping them to scale up their enhancement of handy skills in order to properly groom the leaders of tomorrow for their later years. This is necessary in order to properly prepare the leaders of tomorrow for their later years. Because of this, they will undoubtedly become more adaptable, which will be of critical assistance to them in the future, and this is precisely what Chrisland Schools has been doing for the last forty years and will continue to do.

UNIBEN appeals for an increase in the law school allocation